The success story of the Ford Escort in rally sport began on the 16th of November, 1967, when the first Ford Escort, designation type MK I, with its characteristic radiator grille, in insider circles referred to as "Hundeknochen" (dog bone), rolled from the assembly line. The success of the Ford Escort started with the following great successes in rally sport:
The Escort was built in various evolution steps from 1967 until 2000.
The most successful types have been the models Mk I and Mk II, which are still active in motorsport events.

In April 1970, Vienna and the Schönbrunn Castle have been a stage stop on the way to Mexico!

In the picture Rauno Altonen, who is a regular participant at the annual “Ennstal and Planai Klassik” in Austria.

The subsequent winning car of the world’s longest rally London-Mexico with Timo Mäkingen behind the wheel at the main gate to castle Schönbrunn.
EC victory rally Tausend Seen (driver H. Mikkola), see the picture below. The Escort’s performance data in rally sports at this point of time: 160 HP


A. Vatanens victory car from 1981 (National Motor Museum in Beaulieu) 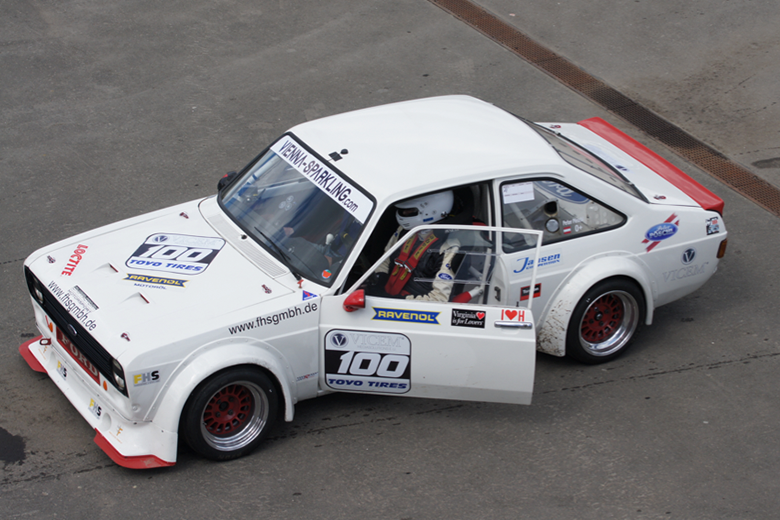